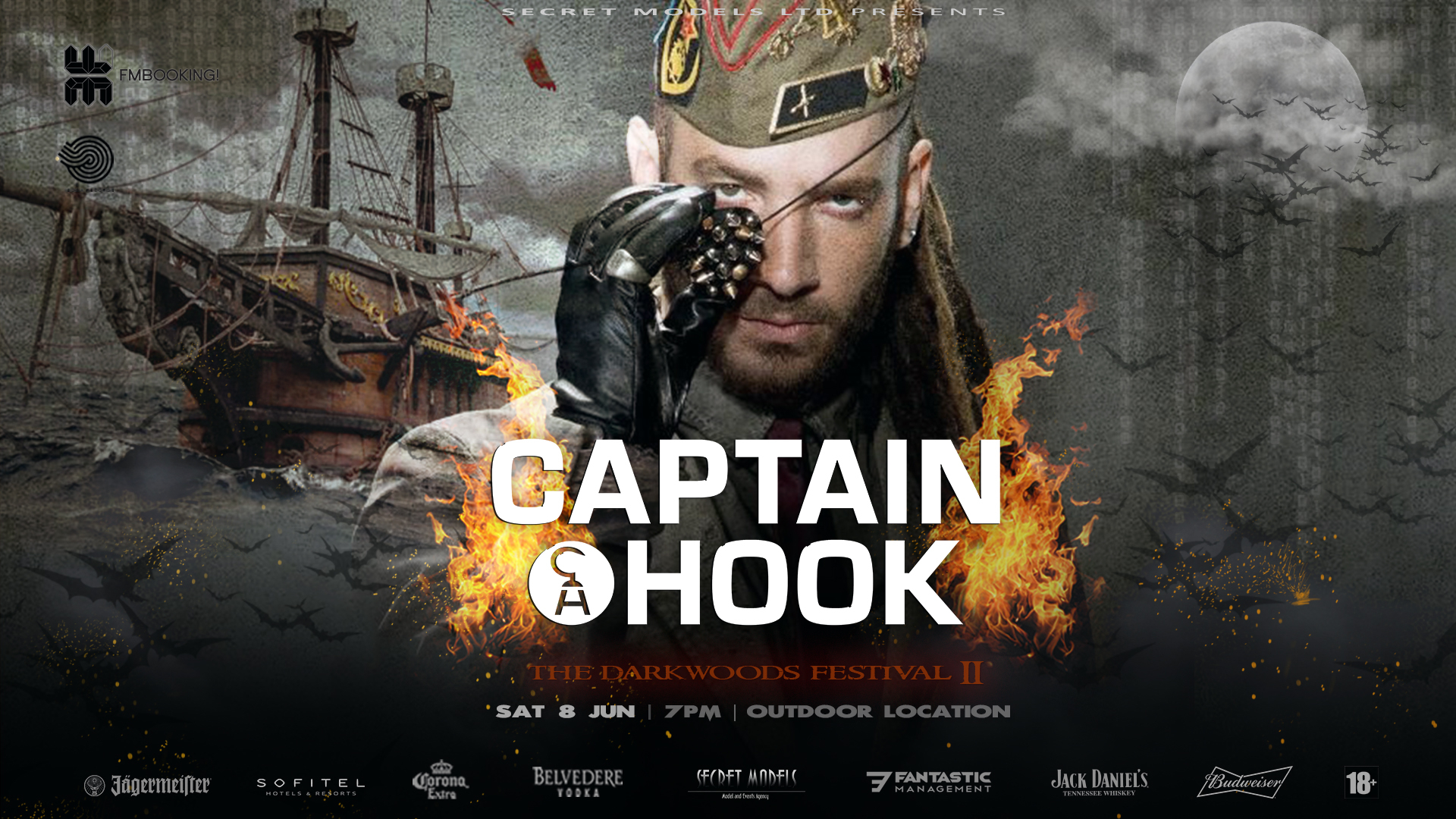 Captain Hook is one of the top DJs, musicians and producers in the Psychedelic Trance (Psytrance) Progressive Trance scene. Traveling across a diverse musical path, Reshef Harari always achieved success guided by the frequencies. From the early days of DJing with vinyl, through the successful collaborative project Quantize, the visit to Techno-land as Sheff with releases on top labels, and finally as Captain Hook, with which he took the world by storm. Following his heart and sonic manipulations he keeps innovating and never stagnating. With two top selling albums on Iboga Records, countless single and compilation releases and collaborations with the best electronic music producers, Captain Hook has been playing festivals, parties and venues all around the globe.

When your heart is in the right place, rhythm shall follow, and this path is a journey of discovering your inner groove. Reshef Harari from Israel, began walking that path when he was only 15 and became fascinated by experimenting with sounds. He started collecting vinyl records and stood whole days in front of the turntables playing them, enchanted by the grooves and curious to know where would they lead him. The Dance Floor was the next place to explore, so at the age of 17 he started to DJ at various parties where he could fine tune his skills of feeling the crowd. Another huge impact on his creativity was the minimal Trance wave of that time with artists such as XV Kilist, Bitmonx and Paste, who inspired his deep crunchy tone.

The doors of perception to the world of Psytrance were first opened by his brother Rahav and one of Israel’s Psytrance pioneers Asher Haviv, who took him deep into the rabbit hole. Reshef got a job at a sound company, learning the art of compressing and EQing on analogue gear. After playing in underground parties, in 2003 he met Avi Nini, the owner of Domo records, and started DJing as a part of that label. That same year he also founded the project Quantize together with Adi Ashkenazi. The duo released music on various labels, and their debut album “Time” was released in 2009 on Iboga Records. After 7 years of collaboration, in 2010 they went their separate ways.

It was then time to wear the Captain’s hat. Keeping his close ties with Iboga, Reshef started to remix, testing his interpretation to older tunes, while at the same time collaborating with his heroes and sources of inspiration at the time. Popularity sprang with his debut album “Human Design”, released in 2011, which took him on a journey across the world for the next 3 years. The album featured collaborations with Ace Ventura, Liquid Soul, Perfect Stranger, Loud, Tetrameth, Freedom Fighters and ill. Gates, giving each track a unique sound design, texture and colour. Travelling across the world and performing at festivals expanded his artistic horizons. While on the road he was working for 2 years on “Akashic Library”, a double album of remixes, hand picking the finest most unique pieces of music and releasing it in late 2013.

Since then Reshef has been responsible for a series of innovative and highly successful single and EP releases. He has been upgrading his creative process venturing deeper into the world of analogue equipment, incorporating live elements into his productions, exploring new musical realms and soundscapes. Captain Hook has been playing in all major festivals all around the globe, amongst them: Universo Paralello, XXXPerience, Tribe & Atmosphere in Central and South America; Burning Man, Symbiosis Gathering & Eclipse Pyramid Lake in the USA; Ozora, Boom, Fusion, Glade & Antaris Project in Europe; And Rainbow Serpent & Eclipse Festival in Australia.www.facebook.com/ViniViciMusic

– Have fun but drink responsibly!

5) This ticket is a revocable license and the Management of Secret Models Management Ltd reserves the right, without the refund of any portion of the ticket purchase price, to refuse admission or to eject any person who fails to comply with the rules of the venue and applicable laws.

10) This ticket may not be used for advertising, promotion or other trade purposes without the express written consent of Secret Models Management Ltd.

11) The ticket user consents to use of his/her image or likeness incidental to any video display, transmission or recording of the event by Secret Models Management Ltd, the venue or the artist.

12) The use of cameras, video or audio recording equipment is prohibited unless otherwise indicated by Secret Models Management Ltd, the venue or the artist.

13) By participating to this event you accept to be photographed and filmed.

14) WARNING-EXCESSIVE EXPOSURE TO LOUD MUSIC MAY BE DAMAGING TO YOUR HEARING.

15) You are NOT allowed to bring your own food & drinks. There will be sufficient bars & food corners available in the hotel at a reasonable price.

16) The management is not responsible for any individual’s death, theft, loss of personal belongings, injury. Everyone takes his/her own responsibility.

17) Our security team has the last word in case of discussion.